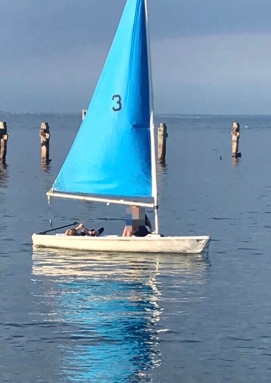 I feel that life recently has been quite focused on Little Miss, its her final year of primary school and there’s been SATS,a residential trip, secondary school transition visits and lots of other school events leading up to the leavers party and final assembly next week.  It is overwhelming and she’s pretty tired and definitely needing the summer holidays.

However Little Man has also been busy in the background too and has done lots of things which I’m really proud of.  This morning was his class assembly and it really was one of the best I’ve seen.  The class put such a show on, an assembly themed on Invaders and Settlers complete with time travelling machine, stunning props made in class, a funny script and some brilliant songs.  ‘Viking Rock, take me to Valhalla’ may be my favourite assembly song ever! By a strange quirk of the birth rate in our town, Little Man is in a very small class of 15, so unlike other class assemblies where everyone struggles to get a role, these children have to take on several roles each and Little Man was a Roman and Viking (clever on stage costume changes)   The change in Little Man’s demeanour on stage has been amazing, in Reception he struggled to even be on stage and looked scared, today he said lines out loud, acted brilliantly (he likes a mock fight scene) and sang his little heart out.  The teacher really had put so much into the assembly and she produced a stunning performance from them all.

His assembly came after a brilliant session at cubs the night before.  My children have grown up at the seaside and know nothing else, the beach is their playground.  Last night’s cubs was down at the sailing club where they were taught the basics of sailing and went out in the bay.  This wasn’t a special session, they have been outside every session this term and it was included in our subs.  The parents were asked to stay and help to push the boats out and bring them in again, so it was a nice session for us too as we chatted and watched in the evening sunshine.  I watched Little Man listening to the instructor and to be honest I wasn’t sure how much he was taking in, however he’s very much a doer than a listener when it comes to learning and this again showed last night.  I was impressed how well his little boat did and his enthusiasm for the activity.  I cannot put into words, how much cubs has helped Little Man’s confidence and skills. He finds school difficult because of such an academic focus, yet at cubs he can do, explore, make, participate etc.. and feels an equal. He’s already been on two camps this year and is already looking forward to camp 3 at the end of the summer holidays.

Little Man is very much looking forward to the summer holidays now, it’s days on the beach, visiting favourite places and playing with friends, no academic pressure just fun. The new school year will bring new pressures but for now summer is here.