This week has a domestic feel after a disastrous weekend where all I touched seemed to break, this has led to some new purchases and a possible new bathroom project. 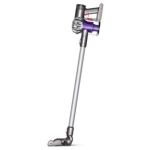 Whilst it was an unfortunate coincidence that our  domestic appliances broke at the weekend, all except one which is under guarantee were old and realistically were going to need to be replaced fairly soon.  I did try to fix the vacuum over several days but had to admit defeat.  The positive is that we now have new appliances and as is so true with technologies the improvement in performance is remarkable.

I do enjoy Desert Island Discs but this was a fantastic episode this week with Tom Hanks, he spoke so eloquently of his childhood and expressed clearly the difference between loneliness and solitude. Kirsty Young is such a skilled interviewer and this was a very special episode.

Sparkle 3 : A brownie guard of honour

Little Miss and her Brownie pack were so excited to be the guard of honour for their Brown Owl’s wedding this week.  It was lovely and Brown Owl looked delighted with the gesture.  She was a stunning bride, with a real 50s vibe to her outfit, so stylish and beautiful. 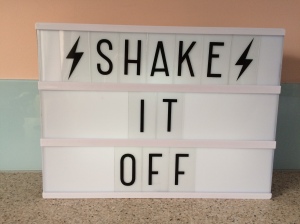 I had no weekly theme for this week’s Lightbox so went to Miss Swift for inspiration. Shake it Off is such a kick ass song and just the best for dancing around the kitchen.  It’s also great advice!