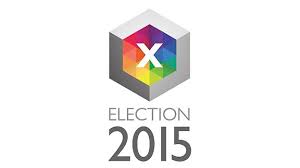 So its here, Election Day and I am excited!  This morning I took the children to our local polling station to watch me vote.  I explained the process and they even got to help me post the ballot papers into the box.  To me its so important that the children play an active role as citizens and the simplest way they can do this is to vote.  Now my vote is cast its a quiet time, I’m pottering around, trying to catch a few hours sleep until 10pm when the whole craziness starts and I sit glued to the TV, radio and Internet analysing all the results.  As the media continue to point out , this is the most unpredictable election, so I thought I would make my own prediction.  Personally I think the Conservatives will do better than expected (the shy Tories of 1992!) not sufficient numbers for a majority but will lead the next government.  Labour will perform steadily, make some gains from last time but not the seats needed to win the election, the SNP will stop this with many seats in Scotland,  UKIP will take a few seats but not the gains expected.  I also expect the Liberal Democrats to have an awful election and not to be the power brokers in the talks to form a new government. I also think the high profile losses will be theirs.  It will be interesting to see how accurate my prediction is during the night.  In the UK we still have the old fashioned drama of election night and the results announced in the early hours through to breakfast.  I do wonder how long this will continue, it can’t be long before digital voting will give the results just minutes after polls close and a little bit of the magic will have been lost.

I wrote before about the hustings and mainly positive local campaign here.  Sadly the national campaigns are regarded as having being highly stage managed, bland and dull.  The media have been particularly awful too and vitriolic in their attacking of the leaders, Ed Milliband in particular.  Constructive criticism against policies and programs are expected and should be encouraged its the personal attacks which damage our civic society.  One national positive has been the higher profile of female leaders in the election with the SNP, Greens and Plaid Cymru led by women, perhaps a new direction and political approach will emerge.

Its nearly time for the school run now and then the countdown begins,  I am already buzzing with excitement and anticipation!

A POSTSCRIPT TO THE BLOG

Whilst there was general disbelief and shock at the exit poll released at 10pm, I felt it summed up my thoughts on the direction of the General Election and the result has generally reflected the poll.  Personally I am disappointed by the result but it does suggest a shift in British politics, there will be real change in leadership, ethos and policies.  The success of the SNP does show that an involved, interested and determined electorate can enliven politics, the momentum of the independence referendum has continued and the voters are demanding more decision making powers.  The failure of the Liberal Democrats seemed so obvious, they used to have clear policies which they believed, promoted and were easily identifiable.  In coalition these were discarded at alarming speed and now its difficult to determine what they stand for.  What is surprising is that the party still doesn’t recognise this, Paddy Ashdown’s much parodied comment that the poll was rubbish and that he would eat his hat if it were true only emphasises this. Whilst I don’t have sympathy for any policies of UKIP their result does show the inequality of the First past the Post system, gaining 1 seat for their 3.9 million votes, whilst the SNP has 56 seats from 1.5 million votes.  However I doubt that electoral reform will feature prominently in future manifestos of the main political parties.

Finally, I would like to post one final image from the General Election, a timely reminder of the importance of our democratic society.  Yesterday afternoon, shortly after Clegg and Milliband resigned, they both took part in their final duties as leaders of their parties by laying wreaths at the Cenotaph in remembrance of VE day 70 years ago and all those who lost their lives fighting for democracy and freedom.  A poignant image to end the General Election of 2015.